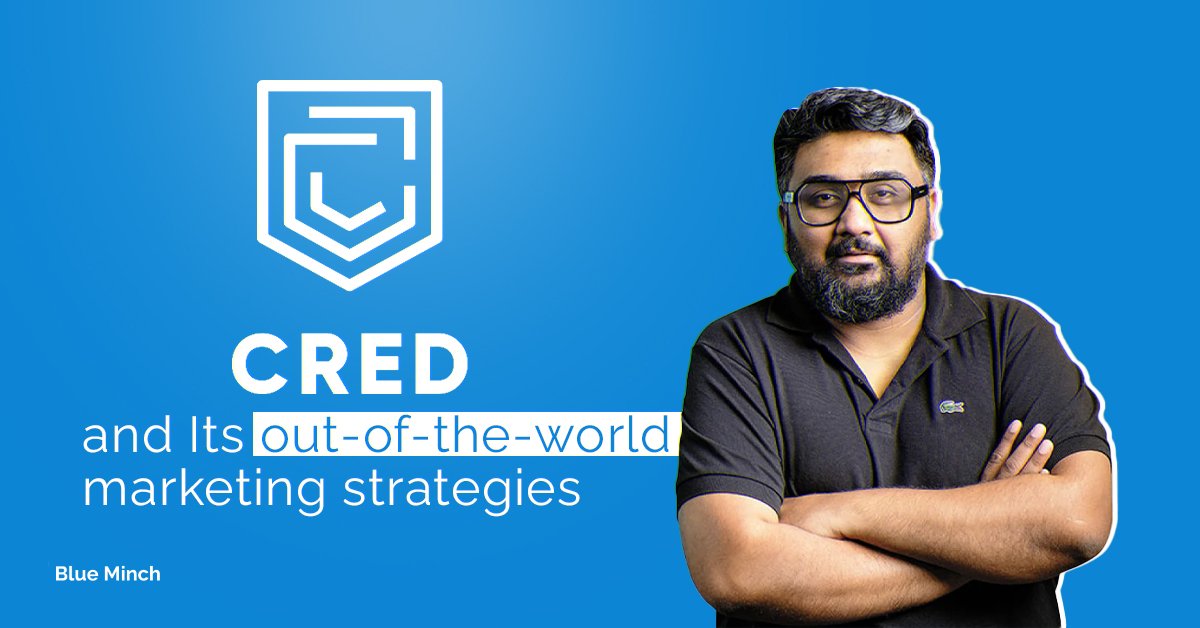 CRED and Its out-of-the-world marketing strategies 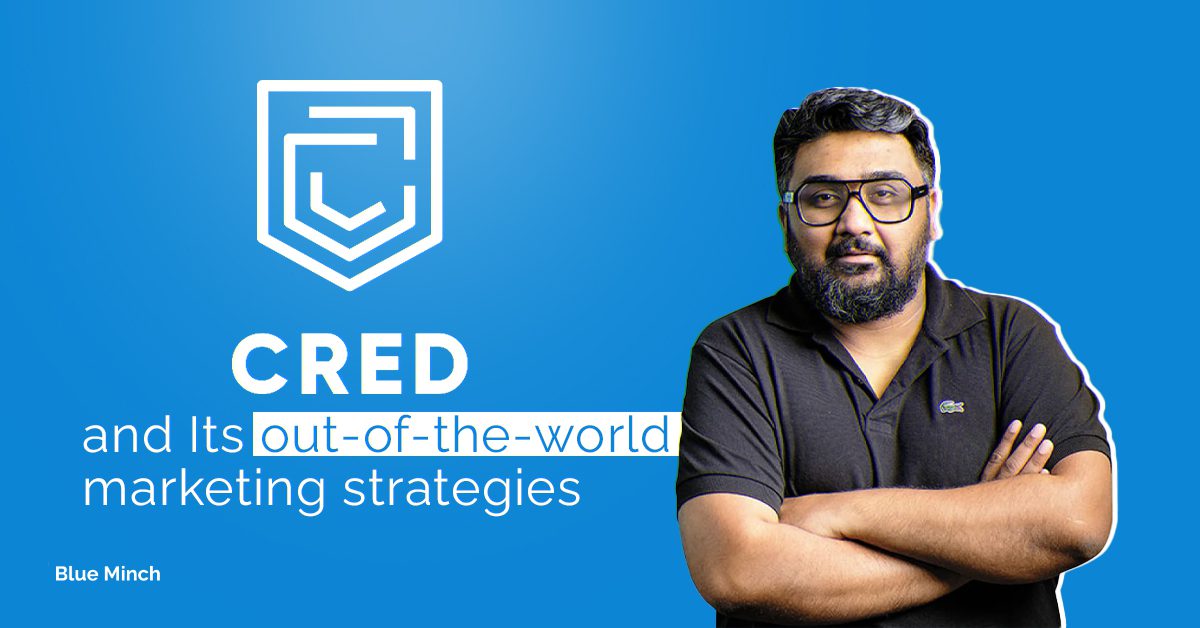 We all have heard about CRED.

Imagine going to a place and meeting two people- one who has a basic personality and one who is funky and amusing.

Which one would you most probably remember?

If you chose the second one, then you can easily understand what the marketing team of CRED intended. It is in our human nature that unique things catch our attention and we tend to remember them. A basic informative advertisement on credit cards wouldn’t have caught such rapt attention of the general public as the creative ads of CRED did.

But if you ask people about the function of that company, the majority of them would seem clueless. The reason is that CRED’s advertisements are surely quite attention-grabbing but are not very informative.

Social currency is the topic that people want to talk about. Everyone wants to be that know-it-all friend in the group.

CRED used this to its advantage. Knowing about CRED’s advertisements made people sound smart so it became a common topic of discussion physically and also on Twitter. CRED, at one point, became the No.1 trending on Twitter due to its marketing strategies. 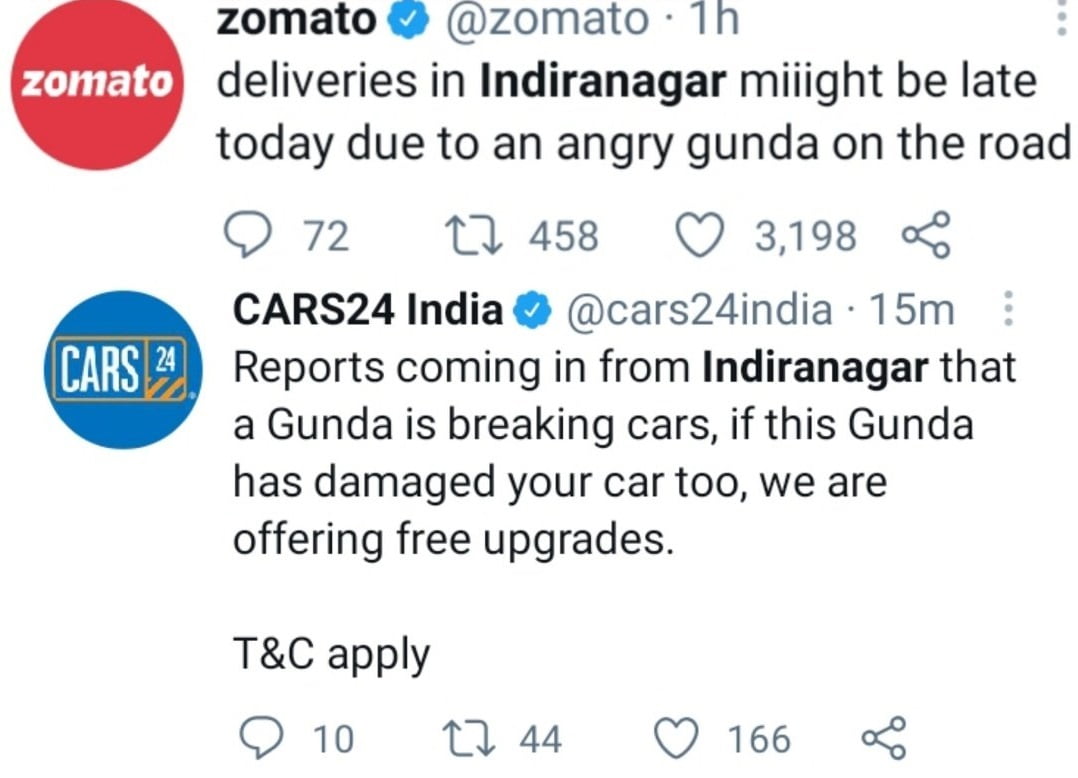 Trigger is any word or image that reminds people of that brand.

CRED’s most famous advertisement, featuring Rahul Dravid, wherein playing the character, he mentioned the phrase “Indiranagar ka Gunda” and this became a trigger. 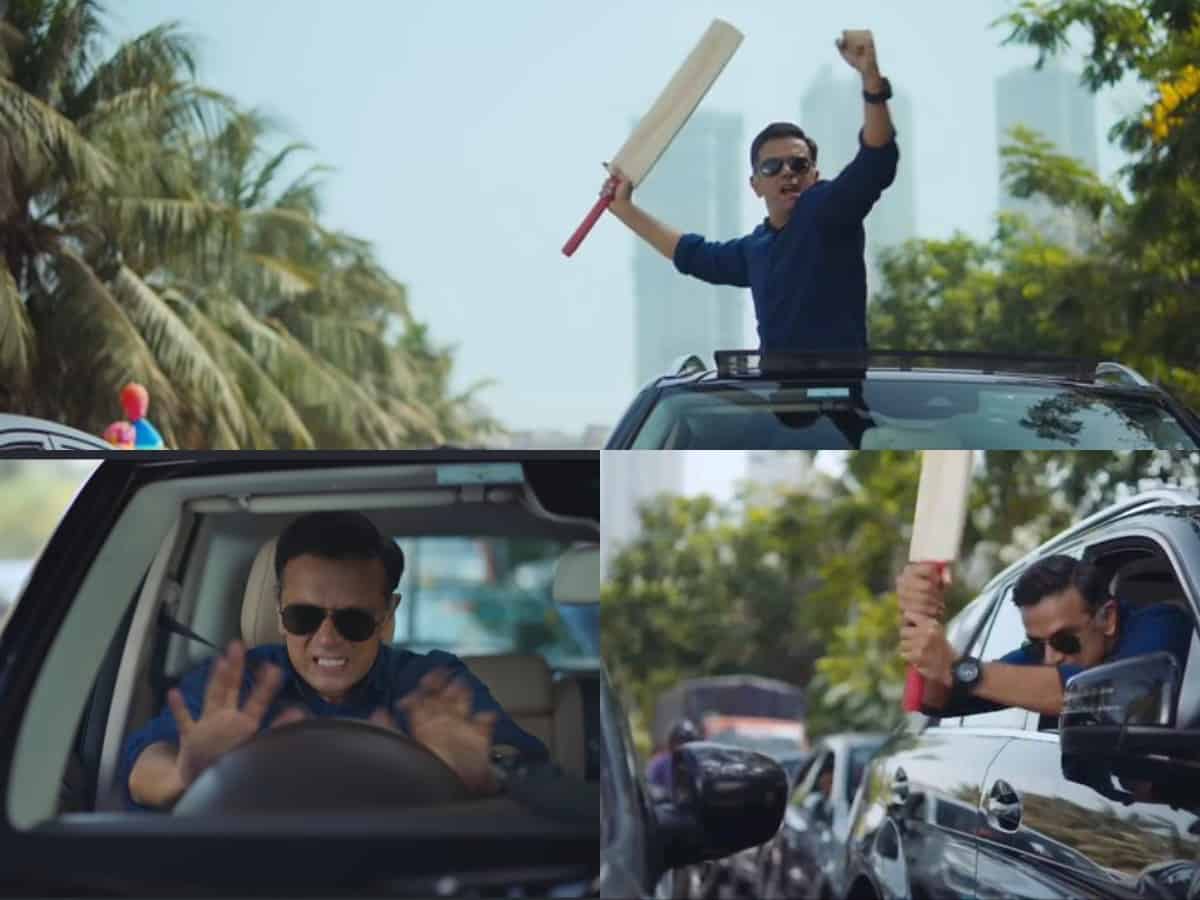 When Deepika Padukone uploaded a picture later with the caption “Indranagar ki Gundi”, it immediately triggered that memory of the advertisement among people.

Emotional connect is the reason why CRED used Madhuri Dixit over Alia Bhatt and Anil Kapoor over Vicky Kaushal.

The target audience of CRED is people over the age of 25 with a good source of income so basically, generation Y i.e people born in the 90s. This is why they featured yesteryear Bollywood actors and cricketers who were a regular part of the cricket team in the 90s.

Practical Value is what keeps the product relevant in the long run.

CRED is designed for people who have creditworthiness. It basically rewards you for keeping finances strong and growing. Along with paying bills, CRED also offers its members easy loans, product shopping, and a travel experience.

The practical value of cred is that it is very easy to use, has rewarded its customers for being good, and has a cool interface.

People act when they see other people acting.

If you go to a party and hear some people talking about the viral marketing strategies of CRED, you would indeed look it up on google, the minute you go home.

For this strategy to work, the content needs a sticky factor i.e something that sticks to the audience’s memory. That is exactly what CRED did with ads featuring Olympic Gold medal Neeraj Chopra and music veteran Kumar Shanu.

Stories that the audience will take pleasure in resharing.

Every company that wants to make a mark or get viral among its customers looks to develop marketing campaigns with stories that go a long way.

In a particular series of advertisements, CRED shows funny clips of various famous Bollywood actors who were rejected while auditioning for cred, showing the story of struggle.

So the STEPPS is the secret formula that the team of CRED used to make them look relevant, cool, and more than all a company that understood its right audience.

However, where marketing always kept CRED in the limelight they also used business growth strategies.

Imagine it is a weekday and you are working in your office when suddenly a cake gets delivered to you, congratulating you on paying your bills on time. Unbelievable, right? That’s what CRED did in 2019. 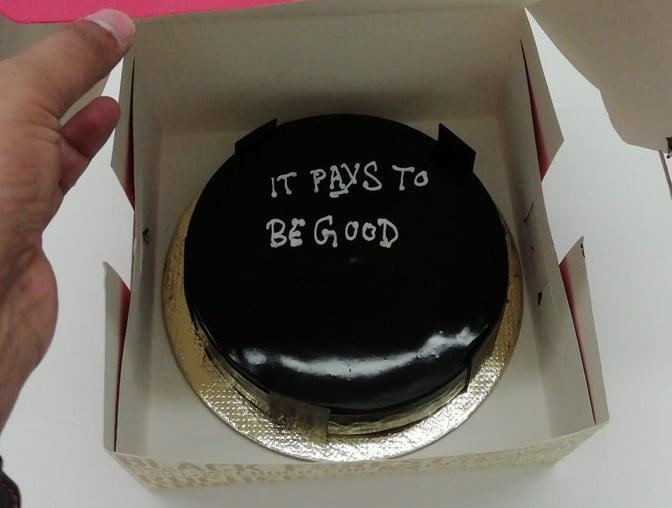 All cred did was send cakes to a few of its existing customers at their office, thus generating the curiosity of their colleagues as to “ Who sent the cakes?” to which the reply would come “CRED, it is an app for paying bills”.

And imagine this for yourself. Your colleague working beside your table has this answer when he receives a cake, and you sitting there amazed. You would jump on the thought of becoming a CRED member too.

This is how CRED got new customers just by showing its existing customers some love.

People in India know & love IPL, so CRED found a way to promote itself through IPL. And that was done by becoming the sponsor of the very cricket festive of India.

CRED launched a campaign where it offered 100% cashback. Customers would have to pay their entire credit card bill during powerplay overs and a lucky one was chosen. CRED organized various social media contests, advertisements, and marketing campaigns during IPL. IPL became a reason why the majority of the people know about the existence of CRED. 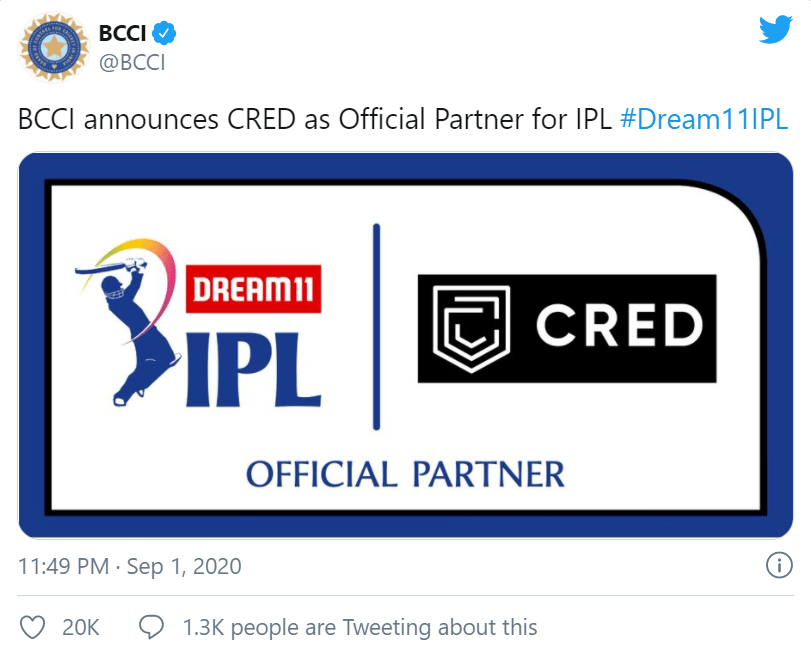 Not only this but CRED also tries to be relevant and a source of information to its customers in everyday life.

CRED releases finance-related contents as blogs and youtube videos to educate their customers about credit cards and general financial topics.

Kunal Shah, the CEO of CRED, releases podcasts on the content relating to money and start-ups by conversing with various influencers & entrepreneurs.

Now, a question that may arise is whether a company can become successful just based on quirky marketing?

To know how strong the finances of CRED are currently or how well is the company doing in acquiring customers, the data can say it all.

But here’s a thing we know, CRED is revolutionizing the finance industry. From having the right knowledge of its customers, serving them diligently with products and services, and acquiring customers right through word of the mouth.

The company seems to be doing everything right.

If you are a CRED customer, what reviews do you have for the company? Do not forget to leave in the comments section.

Also if you liked this case study, stick with us for we will bring more amazing articles here on our website. Click here to read our other blogs. 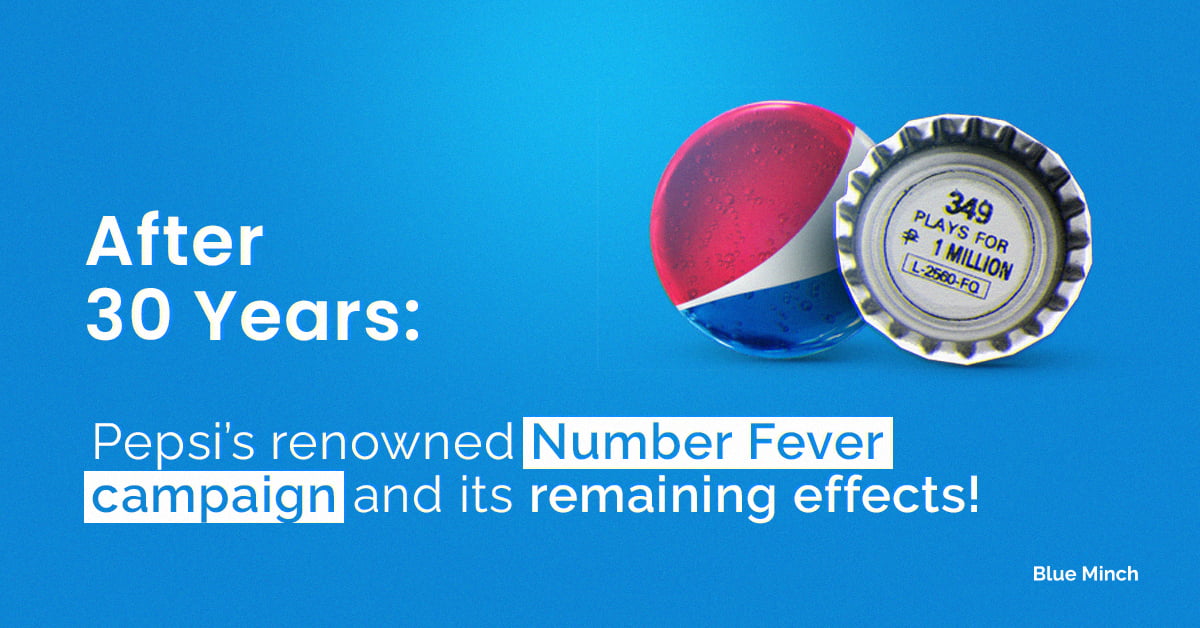 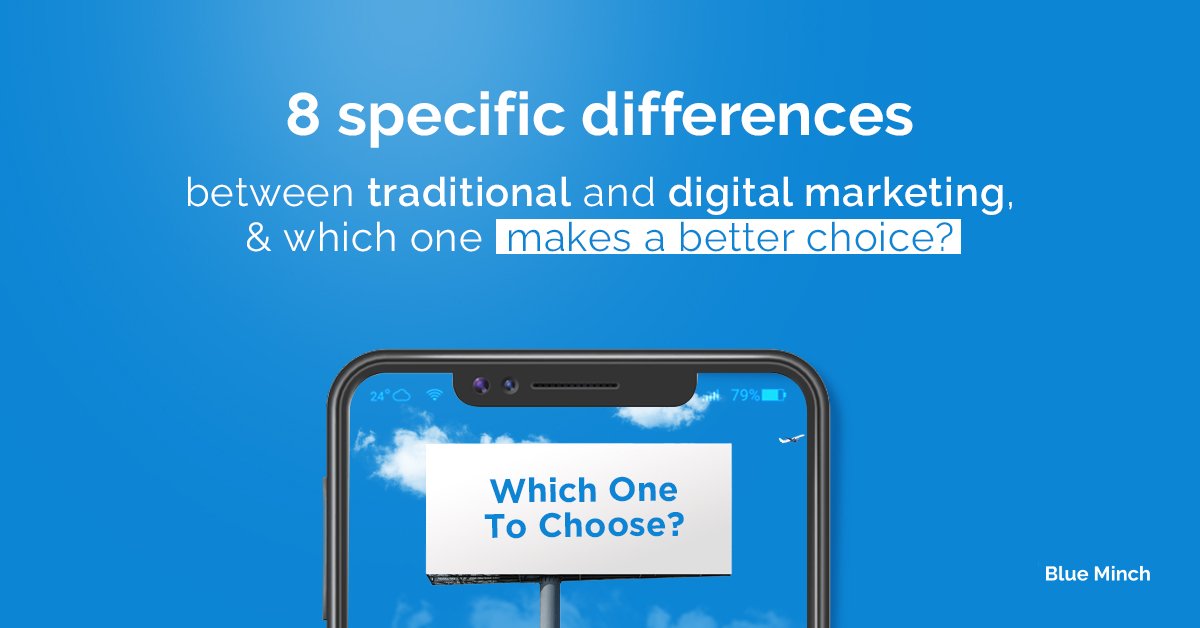 8 specific differences between traditional and digital marketing, & which one makes a better choice! 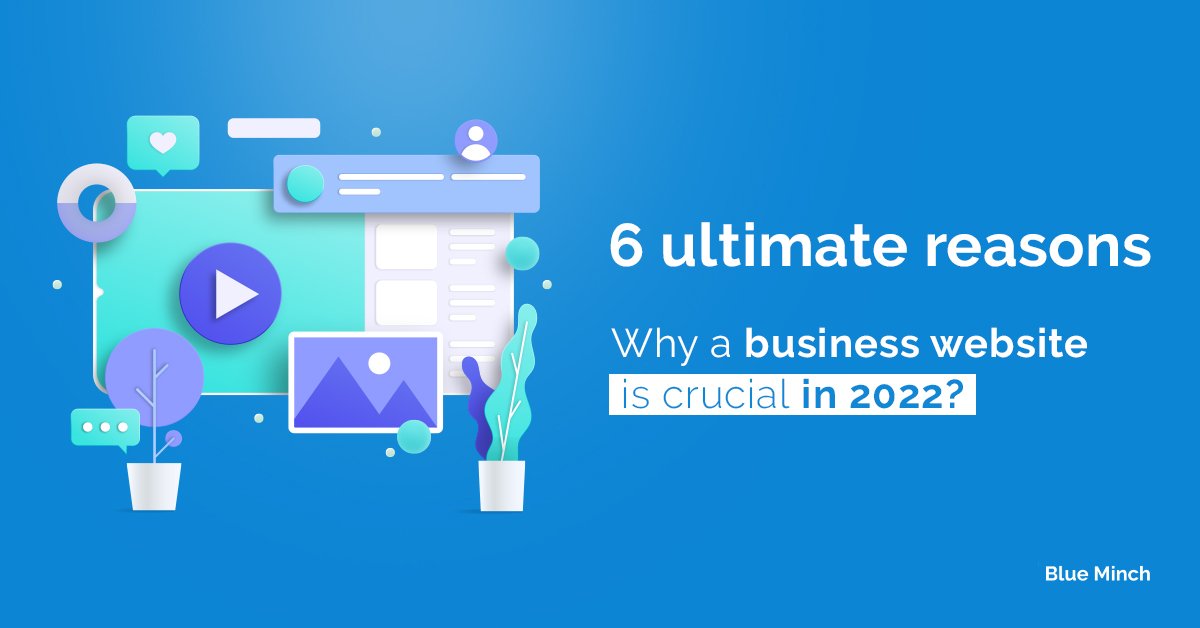 6 ultimate reasons why a business website is crucial in 2022!

8 specific differences between traditional and digital marketing, & which one makes a better choice! - Blue Minch

[…] above-discussed examples are just clear examples to show the difference between these two types of marketing. In a more business effective sense, people are using a mix of both […]

Hit enter to search or ESC to close